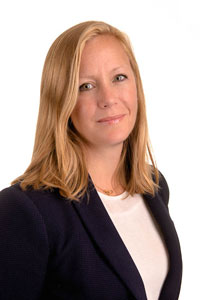 Geneviève Parent is a full professor at Laval University’s Faculty of Law in Québec and holder of the legal research chair in food diversity and security. She is a part-time member of the Agricultural Review Board of Canada and an associate member of the French Academy of Agriculture. Her areas of interest include food security, national and international agri-food legislation, and public international law. Her researches focus are on sustainable food security in law. She is interested in national, regional and international legal instruments that intervene in the protection and promotion of agricultural and food diversity as well as in the analysis of  international law and its impact on Canadian and Quebec agrifood legislation. She has contributed to numerous scientific articles and books and is frequently invited as a speaker as an expert at various international meetings. Her expertise in agri-food law has led her to carry out various consulting mandates in national and international law. 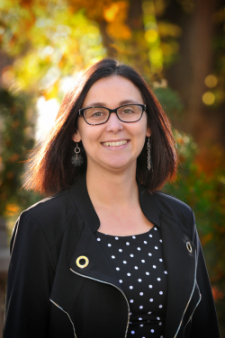 Sylvine Carrondo Cottin is coordinator of the Legal Research Chair in Food Diversity and Security at Laval University. Holder of a doctorate in cellular and molecular biology then a master's degree in clinical epidemiology, she has been involved in the Chair since 2016, where she provides administrative monitoring and coordination of activities. 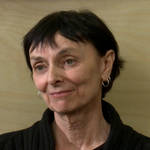 Advisor at the Legal Research Chair in Food Diversity and Security, Linda Collette is the Former Secretary at the FAO Commission on Genetic Resources for Food and Agriculture. She has also been Chair of the FAO Interdepartmental Group on Biodiversity. She has represented FAO in many international processes and initiatives related to biodiversity. 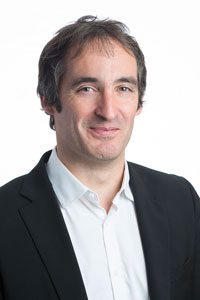 Luc Bodiguel is Chargé de Recherche with the Centre National de la Recherche Scientifique (CNRS) in France. He is “entitled to supervise researches” (doctoral thesis)” and teaches agricultural law and policy, farm contracts, sustainable development and environment law at the University of Nantes and Tours. He edited with M. Cardwell a book on Regulation of Genetically Modified Organisms (2010). He published a wide range of articles on the CAP, agricultural law, food law and environmental law. He is part of the Scientific Committee of the University of Nantes Diploma on the Environment and Sustainable Development of Land; he serves on the executive committee of the European Council for Agricultural Law, of the World Union of the Academic Agrarians and on the French Association of Agricultural Law. 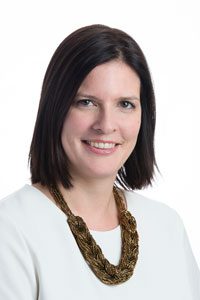 Marie-Claude Desjardins is a Professor at the University of Sherbrooke, Faculty of Law (Canada). She specializes in sustainable development law and corporate social responsibility law. Her current studies focus on alternative forms of regulation as a way to ensure environmental protection and social development. 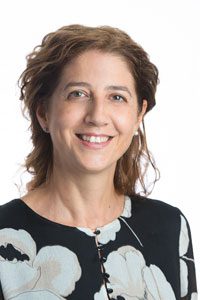 Alessandra Di Lauro is full Professor with the University of Pisa (Italy). She teaches agricultural law, food law and biotechnology law. Her published work includes three books on advertising and information in the agribusiness sector and more than 70 articles on industrial and intellectual property, relationships between Law and other Sciences, unfair practices law and protection of food consumers. At present, she serves on the executive committee of the European Council for Agricultural Law and of the Associazione Cultori Diritto Agrario. 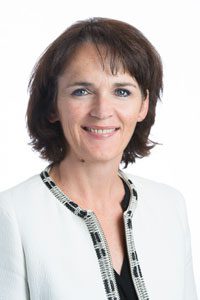 Marine Friant-Perrot is maître de conférences HDR at the Faculty of Law of University of Nantes in France. Her research focuses on Agri-food Law, consumer protection and health Law. Her papers have been published in national and international scientific journals. 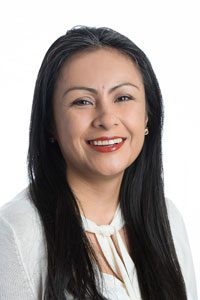 Marlen Leon Guzmàn is professor at the University of Costa Rica and Vice-rector for academics affairs. She holds a PhD in Private Law, University of Nantes (France) and her thesis concerned the Self-control obligations in European food industry. She is researcher at the Institute of Legal Research at the University of Costa Rica and at the Legal Research Chair in Food Diversity and Security at Laval University, Canada. She is member and researcher at the Technical Secretariat of the Observatory on the Right to Food in Latin America and the Caribbean, sponsored by the Regional Office of the United Nations Food and Agriculture Organization (FAO). She has worked in the International Trade Department of the World Organization for Animal Health (OIE) and in the Direction Générale de l’Alimentation. Ministère de l’Agriculture et la Pêche, both in Paris, France. 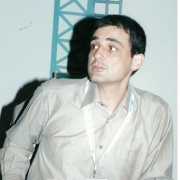 Sélim Louafi, is a Marie Curie Fellow at the Center for Science, Technology and Environmental Policy Studies, Arizona State University. Since August 2010, he joined a team of biologists and geneticists at Cirad (UMR AGAP, Montpellier) to work on Governance of Genetic Resources from the perspective of the Research sector. His research focuses on science policy and more specifically the role of scientific organisations in international negotiations and decision-making processes. 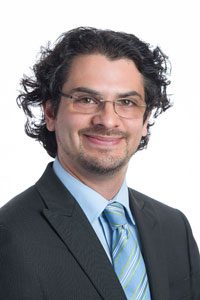 Hugo A. Muñoz Ureña is a Professor at the Faculty of Law and designated Director of the Institute of Legal Research (IIJ), both of the University of Costa Rica. He is a senior researcher at the Legal Research Chair in Food Diversity and Security at Laval University. He holds a PhD in Law from the University of Nantes (France), where he prepared a thesis on transparency and consumer information in European food law. He is the writer of the bill on the right to food and food security, recently presented to the Costa Rican Parliament. He has been an expert lecturer for the Quebec Ministry of Agriculture (MAPAQ). His work focuses on agri-food law, consumer law, international food trade and, more recently, the legal aspects of food and nutrition security.

Manon Boulianne is a full professor in the Department of Anthropology at Laval University. She is interested in the dynamics linking city and countryside. His teaching covers economic anthropology, urban anthropology, the peasantry, family and kinship as well as consumption. First interested in the informal production chains of urban space in Mexico and the resistance strategies of the peri-urban peasantry of Mexico in the context of spontaneous rurbanization, her work then turned to urban agriculture in Mexico and Quebec. She has also conducted qualitative research work with households that have experienced intergenerational cohabitation in the suburbs of Quebec. His current work focuses on new marketing mechanisms aimed at reconnecting urban and rural areas and relocating food systems. She is leading a partnership research project entitled Towards a territorialized and sustainable diet: participatory research to understand the food system of Quebec (CRSH 2016-2019).

Carole Després is a professor at the School of Architecture, and co-founder of the Interdisciplinary Research Group on Suburbs (GIRBa) at Laval University. She is interested in residential environments as well as urban forms and the behaviors associated with them through a research program combining fundamental research, action research and research in artistic creation. His current work focuses on the phenomenon of urban sprawl or rurbanisation in connection with increased dependence on cars, the aging and depopulation that has begun in the inner suburbs, and sustainable development. Finally, its work includes the development of approaches aimed at transferring knowledge to practice circles, through participatory design and concerted urban planning processes.

Pierre-François Mercure is a full professor at the Faculty of Law of the University of Sherbrooke. He was associate dean for teaching from 2008 to 2010. In 1998, he obtained a doctorate in international development law from the Institute of Law, Peace and Development (IDPD) of the University of Nice Sophia-Antipolis.
He is a researcher at the Centre de recherche sur la régulation et le droit de gouvernance at the University of Sherbrooke (C.r.R.D.G.). He is associated with the activities of the Center for Interdisciplinary Research in Environmental Law, Planning and Town Planning (C.R.I.D.E.A.U.) at the University of Limoges. He is the representative for North America on the Scientific Steering Committee of the International Center for Comparative Environmental Law (C.I.D.C.E.), an organization with special consultative status with the United Nations Economic and Social Council (E.C.O.S.O.C.). He was a member of the Executive Committee of the Environment and Sustainable Development Network of the Agence universitaire de la Francophonie from 2002 to 2008.
He conducts research on the following aspects of international development law: protection of the global environment; human rights from the perspective of the right to development; food safety; transgenerational equity; debt-development swaps and collective security from a development perspective.

Sophie Thériault is an associate professor in the Civil Law Section of the University of Ottawa, where she teaches, among other things, Indigenous Peoples' Law, Environmental Law, and Constitutional Law. Recipient of numerous awards, including the Pierre Elliott Trudeau Foundation Fellowship, she attended the University of Washington in Seattle (2004-2005) and the University of Victoria (2005-2007) as a visiting scholar. She was law clerk to Justice LeBel at the Supreme Court of Canada in 2002-03. His research, which has been the subject of numerous publications and research grants, focuses on the extractive industry and indigenous peoples' rights, environmental justice and environmental rights, and issues of food security and sovereignty. for indigenous peoples. 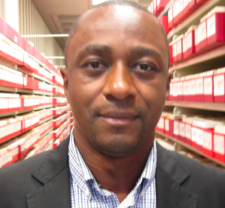 Kader Léonide Modou holds a PhD in law, a degree obtained at the Faculty of Law at Laval University. His research project focused on the biological foundations of the state's maintenance obligation in international law. He works within the DDSA Chair by participating in several research projects, notably on the food security exception in international law. He is also co-responsible for the Chair's international development activities. In this position, he represents the Chair in the framework of a major project to support the structuring of profitable, equitable, sustainable family agriculture (PASAFRED) launched in 2017 and implemented by the Union des producteurs agricoles - Développement international (UPA-DI). 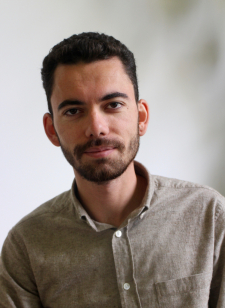 Tom Ignacchiti is a research professional at the Legal research Chair in food diversity and security at Laval University. He holds a Master's degree in Environmental Law, Sustainable Development and Food Security (LL.M) from Laval University as well as a Master's degree in Environmental Law (M.) from Université Paris 1 Panthéon-Sorbonne, as part of a bi-diploma program. He is also a graduate of the Master 2 in Agriculture and Food Law from the University of Paris 1 Panthéon-Sorbonne. Within the Chair, his research focuses on international legal issues related to food diversity and safety.

Previous members of the Chair